Understanding the funeral rituals of different religions is important when processing a foreign life insurance claim. 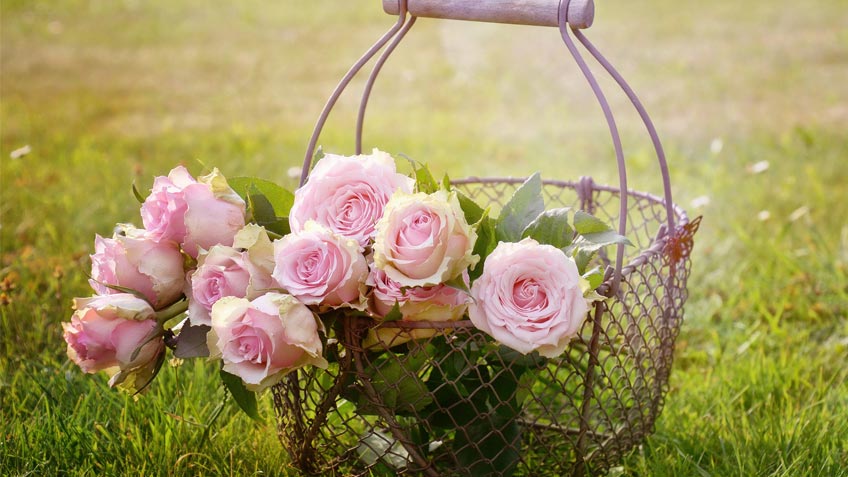 Understanding the funeral rituals of different religions is important when processing a foreign life insurance claim.

As a life claim examiner presented with a foreign death claim do you have a thorough understanding of the funeral rituals based on the religion of your insured? More importantly, do you know what is usual and customary for that religion?  You should.  Having knowledge of the funeral rituals of various religions around the world will enable you to understand when the disposition of the insured’s body is contrary to their beliefs.  There may be a logical explanation but if not, the preverbal red flag may be waiving.

Here we will examine several religions we frequently encounter on international claims. There are far too many to cover them all but it is my hope that this article will spark your curiosity to explore for yourself, the next time you come across an unusual occurrence.

Buddhism has many different subcultures and thus the beliefs in one area of the world may vary somewhat from another. In general, Buddhists believe in reincarnation.  They believe that death is a normal part of the life cycle known as samsara.  One’s karma throughout their life has significance at death as they pass on to enlightenment hopefully reaching the state of nirvana.

Usually when death is inevitable, family and close friends gather near their loved one and help them reflect on all the good deeds and accomplishment they have made in their lifetime which is believed to assist them in their next incarnation.

Once death has occurred, the body is not moved or touched until it is cold since they believe the soul does not leave the body immediately. Once the body is cold it is washed and dressed in normal everyday cloths.  Buddhists are both cremated or buried and it is preferable for a monk to preside at that time to lead the chanting and provide last rites.  If cremated, the cremains can be kept in an urn, enshrined or scattered at sea per the wishes of the deceased and family.

It is common for viewing and wakes to be held and visitations are permitted. The casket is usually opened and an altar is placed near the head of the casket.  Either images of Buddha or statues are present along with candles, flowers and often fruit.  The wake can be as long as the family wishes.

When interred, a monk, if present, or a family member will lead the chanting. The same is true just before a cremation.

Hindus have a strong belief that God is within all living beings and that the soul is divine. They believe that a person’s soul, based on their karma, will reincarnate into another being not necessarily a human.  When death is near, the family gathers to meditate and chant mantras sending positive thoughts to the universe helping guide their loved one’s soul to the next incarnation.  In India the body is often laid on a grass mat and if available, a small amount of water from the Ganges River is placed in their mouth.

Once the death occurs the funeral preparations begins immediately. They believe the funeral should take place by dawn or dusk the next day whichever comes first.

The deceased is bathed by the family in a mixture of milk, yogurt and ghee and then washed again with purified water. Those participating will be reciting mantras during this process.  Often the big toes are tied together and the hands are placed in a praying position.  The body is covered with a white sheet.  If the deceased is a married woman who predeceased her husband, she is dressed in red.

If sufficient time is available, a wake may be held before the cremation. During the wake family and friends again recite mantras.  At the end of the wake mourners often leave “pinda” or rice balls near the litter the body rests upon.  They place flowered leis over the body.  When the wake ends the litter is carried feet first to the cremation site.  Those attending are dressed often in white or light colored clothing.  The color black is frowned on.

All Hindus except infants and very small children are cremated. They believe the souls of infants and small children cannot withstand the rigors of a funeral fire and thus, are buried.  The body of the deceased is anointed with ghee (clarified butter) and placed on a pyre of sandalwood.  The pyre is then set on fire and those gathered around will stay until the body is completely burned.  The next day the ashes are gathered and the bone fragments are washed with milk then cast into the Ganges River or another holy river allowing the soul to transcend to the afterlife. For those with the means to afford it, electric crematoriums are available, but expensive.

Other holy rivers are:

Sindhu the Indus, now in Pakistan.

The Hmong funeral is considered one of the most sacred rituals of their culture. These funerals last three to four days and the families keep a vigil twenty four hours for each day.  Flute music can often be heard as it is believed to help the spirit on its transition back to the ancestors.

The Hmong believe the soul will reincarnate into other forms. Animal sacrifices are common in the homeland but not here in America.  Often cows and chickens are sacrificed and then cooked and served as the meal for mourners.  They believe these sacrificed animals help guide the deceased on their journey.

The body is usually embalmed to accommodate the long funeral service. It is not unusual for the funerals to take place even months after the death as preparations are made and family members can travel as necessary.

The deceased is dressed in the colors black and white. They avoid bright colors as it is thought these may cause the deceased to have a difficult transition.  Hmong are usually buried rather than cremated.

Islamic rule mandates that the burial of the deceased occur as quickly as possible, usually within two days. The body is bathed three times and in a specific manner starting at the top moving down by same sex family members and shrouded with three white cotton sheets.  The hands of the deceased are positioned on the chest right hand over left as if praying.  It is permissible for a spouse to bathe the deceased.  Usually, the local Islamic community will organize the funeral and see that all appropriate details are followed.

The mourning period is forty days and during that time family members dress in black. If the deceased is a married male, his widow will mourn for four months and ten days during which time she will not interact with single men.

Muslims do not believe in autopsies as they are seen as a desecration of the body. They also do not embalm the deceased unless required by law.  Cremation is not an option under Islamic rule.

Muslims are buried usually facing Mecca and only males can attend the graveside service although that is sometimes not followed. A small stone may be placed at the grave but large headstones are frowned upon and rarely seen.

It is commonly believed that one’s goodness in life will be rewarded with entry into Paradise. Conversely, one’s bad deeds in life will meet with an afterlife in Hell.

The Jewish funeral rituals have traditionally followed the Orthodox beliefs set forth in the Torah. In most recent times, there have been some deviations between the Orthodox and Reform sects.  One such difference is the belief of burial vs. cremation.  The Orthodox Jews maintain that the body should be buried so it can decompose over time and be one with the earth.  Caskets known as “aron” are constructed of pine wood using no metal whatsoever.  This allows both the casket and the body to biodegrade.  Most Reform Jews go along with this practice but do allow for the choice of cremation.  Some Reform rabbis will preside over a funeral or internment where the body has been cremated.

Whether Orthodox or Reform, embalming and autopsies are not a usual practice unless required by law.

If an autopsy is legally required for some reason, a rabbi may be present as the autopsy is performed.

The preparation of the body is extremely important. From the time of death until burial, the body is not left alone.  Most often the Jewish burial society is contacted and asked to assist in the preparation.  There are three main stages in the preparation process; washing the body (rechitzah), purification (taharah) and dressing (halbashah) in a simple white shroud.  Once the process is complete the body is placed into the pine casket for burial as quickly as possible, sometimes even the same day if feasible.  There are no wakes and the casket is almost always closed.

It is common practice for the family to gather together before the funeral and participate in the rite known as “keriah”. As a symbol of mourning a piece of clothing, usually an outer garment is torn.  If a child mourns the passing of a parent the tear will be on the left side.  If mourning another family member, the tear is on the right side.  In most recent times instead of tearing a garment, a black ribbon is torn and worn on the respective side.

At the graveside service a rabbi will officiate, family members may deliver eulogies and those attending will commonly cast soil onto the coffin before leaving. Flowers are not found at a Jewish funeral.

The initial period of mourning is seven days. Immediate family members will not return to work but instead gather together to mourn and pray.  The second portion of mourning continues until thirty days after the funeral.  Family member return to their normal lives but continue to mourn and pray.  If a parent has died, the children continue to mourn for an entire year.  On the first anniversary of the death, the family attends a graveside service to unveil the tombstone.

Being familiar with the customs, cultures and traditions practiced in foreign countries is essential when evaluating foreign death claims. What you think is strange, odd or even appalling may be perfectly normal and acceptable in that culture.  Whether it is the Filipino Caviteno culture who bury their departed in hollowed out tree trunks or the “sky burials” of Mongolia where the body is taken to the highest mountain tops and left exposed to elements including vultures and wild animals so the spirit can transcend.  It is not our position to judge or agree with their beliefs but merely understand them and know what is normal in their society.